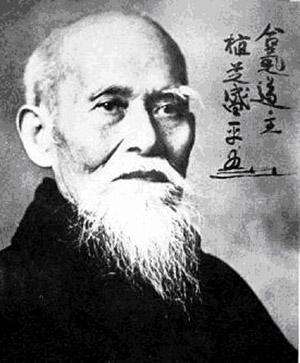 Aikido is a Japanese martial art. It was developed by Osensei Morihei Ueshiba (1883-1969) in the early part of the twentieth century and is practiced by hundreds of thousands of men and women all over the world.

Aikido differs from other martial arts in that the objective is to defend yourself without harming the attacker. This is achieved by deflecting the movement of the attacker, redirecting the energy and turning it back on the attacker. A series of entering, turning and circular movements combine to form throwing techniques and immobilizing joint locks.

Aikido is one of the gentler, more sophisticated martial arts. Its movements are fluid and soft but highly effective. It does not require physical strength. You can start at any age, at any level of fitness, and train at your own pace.

Aikido is a form of self-defense, it is also terrific exercise and the more you train, the fitter, more flexible and more balanced you become. Its aim is to develop body, mind and spirit.